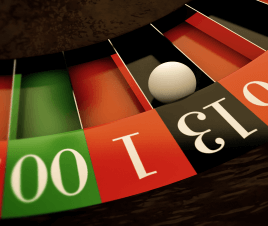 European, American and French roulette tables might share some gaming similarities, but they each have their own unique characteristics. The variations are primarily in the number of pockets on the wheels and their associated probabilities. European roulette is the most popular, as it typically offers the lowest house edge, and therefore greatest advantage to the player.


You might not see a big difference when gaming, but it is important to understand the tables. The uniqueness of the table affects the gaming mechanics. This will cause a significant difference, especially when playing high stakes roulette.

The European roulette wheel has 37 pockets; 0 then 1 to 36. They are either coloured in red, black or green. Gaming involves purchasing chips, placing bets on the table and then waiting for the outcome of where the ball lands in the wheel once the croupier has set it in motion. If you are playing high limit roulette, you should know how much you have invested. A payout table shows how much each type of bet pays out, pretty much according to the probability of it occurring, and winning bets are quantified and paid out at the end of each wheel spin. Of all high limit casino games on roulette, it is the most played.

A French roulette wheel has 37 pockets, just like the European one. Aside from the writing being in French, the biggest difference is the "la partage" and the "en prison" rules. The la partage (to divide) rule gives the gamer half the amount staked if the ball lands on pocket 0. The en prison (in prison) rule states that when you make a real money bet and the ball hits 0, the stake is given back to you as a bonus.


These two rules reduce the probability of the house gaining from the bet by about 1.35%, which makes French roulette another extremely popular roulette variation. It can be difficult to find in many land-based casinos, but is easily found in most online casinos.

The American roulette wheel is different in that it has 38 pockets; 2 zeros (0 and 00) and 1 to 36. They are in red, black and green colours. The addition of this extra 00 means there is a higher chance of the house winning, as not only is there an extra number for the roulette ball to land on, but most players tend to either ignore the zeros when placing bets or stick to a red/black bet for simplicity. However, some high stakes roulette games reward customers with the "la partage" rule when playing American roulette, so it is always worth checking before you sit down to play or dismiss it entirely.

All three variants of roulette are quite similar to each other. Best are placed, the wheel is spun, and payouts are made accordingly. Even the payouts are almost identical for most of the betting options. Rather than having to learn how to play vastly differing games, a person will only have to acquire an understanding of a few distinctions between European, French and American roulette.


That being said, these subtle differences can make a big difference to your overall success and bankroll, especially when wagering large amounts of cash, so it is crucial to fully understand the rules of the one you are about to play before you do so. The best way is to open an account and play for free/demo money whilst you learn the ropes, or just consider playing low stakes roulette for relatively little money until you become comfortable with the nuances of each roulette variant. You are likely to find that you prefer and do better at one version over another.

Its inventor is thought to have struck a deal with the devil to learn the secrets of the game.

5 golden rules to keep in mind before, and during, playing roulette for large amounts of real money.

A look at the three main variants of the game of roulette; European Roulette, French Roulette and American Roulette.