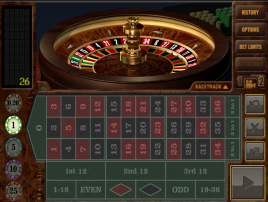 Although they share many similarities and are in essence the same game, there are a few different variations of the game of roulette. The two most common, and the most likely to be found in both an online casino and in land-based casinos are European Roulette and American Roulette.

As both wheels also have the same numbers (1-36), it will be immediately obvious that because the American wheel has an additional possible slot for the ball to land in, the odds of a player winning are reduced, and consequently the house edge increases in favour of the casino. Consequently, there is no surprise that European roulette is the most popular version for those playing for high stakes, and of course those who are playing roulette for low stakes also! After all, why would anyone deliberately choose to play essentially the same game in a casino but with far worse odds of winning?

Why Does Anyone Play American Roulette?

Whilst it may seem slightly strange that anyone would play American Roulette because of the high house advantage, it is the case that there are in fact many games of American roulette to be had, and it is particularly prevalent in the US. This is because although players may desire to play roulette for the best possible odds, from a casino's point of view they want people playing for the worst odds! As it is them who are providing the gaming environment, and they are not in the business of "financially generous" to players, they will ensure that the majority of their roulette games use the American wheel, so much so that it can be difficult for casino patrons to find a European roulette game to play.


Or at least it is for stakes which the majority of people would define as comfortable. Many land-based casinos are happy to provide European Roulette only to those wishing to wager large amounts. After all, there is still a good house edge in the game of roulette as far as the casino is concerned, so they won't mind people playing the European form, but they will want these gamblers to wager higher amounts in order to compensate them for the much-reduced house edge. The roulette croupier administering the game could after all be put to more profitable use at an additional American wheel, or indeed if those players were so keen to play roulette in the casino they may have been tempted to play American roulette if the option of a European wheel was not available, so forcing players to gamble for higher limits offsets this opportunity cost for the casino.

But I Want to Play European Roulette!

Quite often then, anyone wishing to play European roulette can often be left disappointed, especially in the US, if they cannot find a European roulette wheel either at all, or for minimum limits which they feel happy about staking.


European roulette wheels are much more common in Europe (which is hardly surprising given the name), but for some people travelling to Europe just for the purpose of playing a game of roulette is impractical and not an option. Fortunately though, the internet and the existence of online casinos has enabled gamers not only to play roulette from the comfort of their own homes at any time of the day or night, but also to play the more lucrative and more advantageous odds of European roulette for sensible stakes and without having to search for a table.

Play European roulette online for stake limits up to £4,000 per spin of the wheel when playing the roulette casino games, or play for up to £10,000 per spin in the live dealer casino when playing live dealer roulette. These minimum and maximum stake amounts make European Roulette available to players who wish to wager a small amount, as well as to those who wish to gamble for higher limits.

Want to play European roulette for free online, or just not quite ready yet to play roulette for real money over the internet? Then simply choose the "Go to Play Money" option from the casino lobby to play without risking any real money. With no software to download and an unlimited supply of play money to practice with, you are free to enjoy the exact same roulette games that are available in the real money casino section, but without gambling a penny. Unfortunately the live dealer casino section is not available whilst playing for play money, but you can still enjoy the sumptuous graphics and sounds of the roulette games for free.

Many high stakes players in a physical or online casino prefer to play roulette with the European wheel. This is because the payout ratios are the same, but unlike its American cousin which comprises a 0 and a 00 along with the numbers 1-36, a European roulette wheel only has a 0. This means players have a slightly improved chance of guessing the winning number as there is one less potential outcome, without any reduction in the payoff ratio.

In many land-based casinos which are not based in Europe, they will either not have a European wheel or will only allow high rollers to play European roulette by having a much higher minimum betting limit. This is because the house edge is lower due to the player's improved chance of guessing which number the ball will land on correctly.


Fortunately you do not need to be a high roller or be in Europe to play roulette using the European wheel. Not only do players at High Stakes Casino.co.uk get the choice of a variety of original roulette games such as Rockin' Roulette, but you can also play European roulette from as little as £1 per spin, right up to either £2,000 per spin in the online casino or £3,000 per spin when playing live dealer roulette. Not only that, players can also play American roulette and French roulette if they prefer. To get started, click on the "Play Now" button at the top of the page, or read more about high stakes roulette by clicking here.